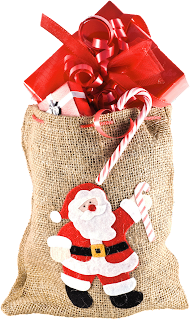 I recently learned that Black Friday is on the same day as Buy Nothing Day. This seems like a bit of an oxymoron. A lot of people would agree that the holiday season has become too commercial. What I dislike most is feeling obligated to by a gift for someone just because it is Christmas. I think if we took time to put some thought into what we were giving people, it might actually be fun.

Obviously, you want to buy something a friend or family member will like, but some people seem to have everything or you may not feel like you know what the person's interests are.

Personally, I have always liked to receive as a gift something that I can do. Most people have hobbies they enjoy. If you are unsure what their hobbies are, simply ask them or check out their profile page on sites like Facebook and Pinterest. Another idea is to give them something that would allow them to try a new hobby.

Spending time with someone is always a wonderful gift. You can get tickets to a special event or just plan something fun to do with them. It is the time you spend together that is most important.

There are a number of small ways that you can make gift giving thoughtful and meaningful. Here are some inexpensive gift ideas that most people would appreciate receiving:

- Movie tickets.
- For drinkers, a bottle of wine or spirits.
- Specialty cookies or cupcakes.
- iFLY Toronto has introductory packages for under $100 for people who like just a little bit of adventure.
- Manicures and pedicures are becoming popular among both men and women and can usually be purchased for under $50.

Do you have any special gift ideas that are inexpensive yet thoughtful? Please feel free to comment below!

Posted by Ability Online at 10:12 No comments:

I have lived on my own for over ten years and rely mostly on attendant care. Only recently I have really realized that my independence is so much more than having my personal care needs met. I have found that there are not a lot of services available to help me maintain my apartment. 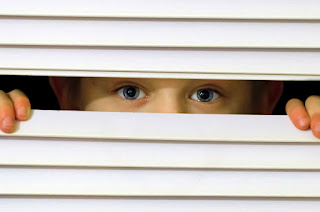 This recently came up when a support worker (not one of my attendants) was helping me to fill out a work order for my superintendent. One of the things I needed addressed was that the strings to open and close my blinds were tangled. My worker questioned whether or not the building superintendent was responsible for this. While I understood the question, I was also frustrated because I didn't know who I was supposed to ask for help with this.

I had a similar issue when I first moved into my apartment a few years ago. The service I use for attendant care only focuses on personal care. Therefore, I didn't know how I could get free homemaking services. I looked into some agencies, but they were expensive. Fortunately, I got private funding so that I could hire someone to do my housekeeping.

Although I love living on my own, it can be difficult to find the support I need to help me maintain my apartment and be independent in the community.

Sarah Evans is a mentor at Ability Online. Ability Online provides connection opportunities and resources for people living with disability, their families and professionals.
Posted by Ability Online at 14:15 No comments:

The Gift of David by Celeste Axworthy

This is the story about a gift that I never saw coming. In 1985, I got pregnant with our son David. When he was born we were told that he would probably have Down Syndrome. The doctors asked if they could do blood work to determine if he had Downs and of course the test came back positive. This was definitely a shock for me and my husband Bill. Little did we know that David would change our lives in ways we could not imagine. I was almost ready to give David up, because of all the health problems he had as a baby. The holes in his heart, his failure to thrive, and the infections in his ears; all of these problems were too much for me to handle at the time. Too add to it, I met a lady through the hospital who had a little girl with Down Syndrome. She told me that all of David's accomplishments as a child would be a hurdle for him to overcome. It wasn't very encouraging.
David has a brother who is 23 months older than him and they love each other a lot. We had another child in 1989 (another boy). David had issues as he was growing up, but we overcame them as a family. We tried to raise David like any other child, but as he reached the age to go to school, we ran into some obstacles that would just about tear this family apart. We did not send David to school until he was six years old, and we had some issues with the school. It was always a struggle to get teachers to treat him like all the other kids. Some teachers did not want him in their class, but once they got him in there and got to know him, they loved him. After a while, they were no longer afraid of him.
One thing I thought I would never see, would be David walking across the stage to graduate or even to go to his prom. David did both and I was so proud of him. By that time, he was 21 years old, and although he did not get the same grade 12 education as the other students, he was with his peers and they all loved him. David has also been involved in the Special Olympics for track and field, bowling and curling. He loved participating in all the sports he was in, and he got to meet people, which was very good for him.
David went to a group home in 2004 in Digby, Nova Scotia. He loves it there and comes home at least once a month for a weekend or more. Six years ago my father passed away, and I called David to tell him. He told me not to worry, that it was all over now. It amazes me how a child like David could have the insight to say that so casually to me. He is very wise for a young man.
David has many friends where he lives and he works at Conway workshop. David also works in the community. He cleans up at a pizza parlour on Monday, Wednesday and Friday for an hour and at the end of the week they give him a piece of pizza and some pop. He really enjoys this. Everyone needs to feel useful and that their lives have purpose.
Last year, David was the ring bearer and a groomsman for his brother’s wedding. He did very well and looked great. He was smiling at all the young girls and winking at them as he came down the aisle. He was so cute.
I must be honest and say there are times when I wonder how he would be if he didn't have Down Syndrome, or what would have become of him if I had given him up. Where would he be? Would be happy? How different would he look? I am so glad that I kept him; or should I say, that he kept me.
There is so much more about David that I could write about, but I will stop here. David has grown to be a handsome young man with a big heart, and infectious smile and a special love for the young ladies. When he sees a young lady he walks up to her and says hi, puts his hand out to take hers, kisses the back of it and says, “My name is David and this is my friend, Mom.” He has given me so much joy and happiness. David has made me laugh a lot in the last 29 years. I wouldn't change him for anything because who David is, has made me the mother I am today. Thank you.

Celeste Axworthy lives in Yarmouth, Nova Scotia. She is a mother of three and works as a Continuing Care Assistant. 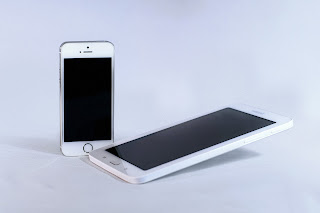 Typing has always been a bit challenging for me. Growing up, I used a key guard, which is a piece of metal or plastic that is fitted to a particular keyboard that has holes for the keys in it. It had to be custom made, and it wasn't very comfortable to type.

Typing was easier when I got my iPad a few years ago and could use the on-screen keyboard. Since then, I have experimented with a number of keyboard apps. The app that I like and use most is called Fleksy. The unique thing about this keyboard is that it has very powerful auto correct, so I can type fast without having to worry about accuracy. Fleksy also has extensions that users can add. My favourite extension makes the keyboard smaller so that I can type with one hand. And since I have iOS 8, I can (and have) made Fleksy my default keyboard.

I like to explore different apps and there are a number of apps that have made everyday tasks like typing easier.

Posted by Ability Online at 13:09 No comments: