Setting Goals for the New Year - by Ana Kirmani 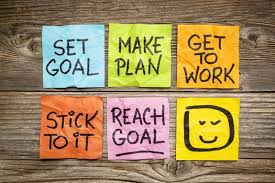 Setting goals may probably be one of the hardest when starting a new chapter, task or personal endeavour. Which is why Ability online will be having a speciality chat on Monday, January 28 with Jacob Madeiros and Michelle McClure on Goal setting in the young adult chat room from 7 to 8 pm. This will give all the opportunity to set and brainstorm goals to start off the new year.

Goals can be underestimated and passed off quite quickly as something not important or distracting you from the task. However, this is not the case; a goal is the first step in planning your journey. It allows one to focus, measure progress, be motivated as well as overcome procrastination. When you take on projects step by step it eliminates the anxiety and stress of the situation, which makes one focus on the smaller pieces that make up the bigger picture. For some coming up with a goal can be as easy as being more organized. but to others who may not have any goals for 2019, this chat will help you; as others will be brainstorming, discussing strategies, and sharing what they want to achieve in the new year.

Now you might be wondering; why is it so important to create goals? The short answer is getting things done. You finish one task and move on to the next without giving it a second thought. In a sense, you become self-reliant and stronger. The long answer is that it is a way to take control of your life and be the person you aspire to be through progress, self-building and motivation. Finding a greater purpose as one may say or even the pursuit of happiness. Once you get into the habit of tackling and finishing tasks the more progress you will see a change in your attitude along with approach and the more motivated you will become.

For those who participate in the Monday evening social time, do not be worried we will still be having that chat room open from 8 to 9 pm after the event. Please do not hesitate to ask any questions in this forum and we are looking forward to connecting with all of you on January 28th.

If you are not already a registered member of Ability Online, join for free today!

Posted by Ability Online at 12:51 No comments:

I Started a new podcast in conjuction with my newsletter business called The Kamloops Self Advocate newsletter.

I focus on all disabilities including mental health issues. I interview people ranging from  disability sports like Special Olmpic atheles and Paralympic atheletes and so many other cool people like mental health advocates etc.

i also have a message for anyone out there with mental health challenges and other kinds of disabilities, you are not alone with your stuggles in your life. I would love to interview the exective director of Ability Online and others about their successes with ability online or other issues that they want to talk about. feel free to download the google  play  app for anchor so we can talk and it's a free app. so you do not need to give out your personal info for safety reasons and join in the conversation by sending voice messages etc. Remember I am here to support you all with your struggles in life and to promote different disability services like Ability Online.

I would like to get connected with special olympic athletes and paralympic athletes about their personal experience living with a disability. feel  free to message me on Ability Online in a private message to set up a time for an interview, even if you don't want an interview, just listen to my podcast called disability awareness and success stories at anchor.fm/krystian4 and it's a free podcast hosting software. They also provide if you are USA citizens but are expanding to other countries soon is sponsorships for your podcast. so I found a company audio marketing platform in Austria that is world wide with sponsors/advertisers that added me to a data base to get sponsors for my podcast.

I also would love to stomp out stigma and discrimination world wide. I am also on itunes with my podcast and other podcast distribution platforms too.  I am branching out with free podcasts for the  world as well now I have forums etc that is a social network part to my business about disability awareness and success stories etc. if any parents would like to be interviewed about their son or daughter and how they are proud of them please feel free to message me thanks at Ability Online in a private message to set up a time, please do so or e-mail thekamloopsselfadvocate@yahoo.com

Posted by Ability Online at 09:30 No comments:

The Vision of Modality by Sarah Evans, Guest writer and Ability Online member/mentor 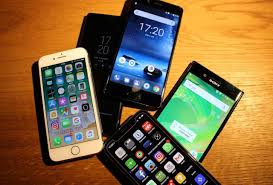 When Ian Hanson bought his first smart phone in 2015, he hated the keyboard, just like he hated the keyboard on the iPad he had borrowed a few years before. “I couldn't even come close to making full use of my fingers, I didn't like holding the phone in my palms and scrunching my thumbs up, and a one-thumb action was very cumbersome and slow and forced my thumb all over the screen for simple words like ‘and’ and ‘all’".  According to Hanson, there are inherent deficiencies in the standard keyboard, especially for a phone. So, as a creative person, he decided to create a keyboard that would work for himself and the millions of other people who type on their phone. “I wanted to type, and be able to type thousands of words in a day, and be able to use my phone to do it."

To accomplish his vision, Hanson created a technology company, which he called Joyful Machines. Ever since his dad brought home a TRS-80 computer from Radio
Shack, which he called a “Trash-80", technology has been a tool for Hanson. He is passionate about using technology to bring people together.

It took Hanson three and a half years to get Modality to where it to today. At first, he thought of creating a simple re-arrangement of letters, similar to what August Dvorak tried to do for the typewriter in the 1930's and 1940's. But he soon realized that the system was moving toward what he calls “group typing" whereby several letters appear on the same block. He was overwhelmed by the possibilities. “Imagine navigating this wide-open field of knowing that you wanted to group letters together, but there are literally no limitations to how." For the first version of Modality, he went through hundreds of arrangements, starting with small circles and ending up with a diamond. But there were problems with the diamond. Taking a suggestion from someone, he had put all of the vowels together in one block, along with the letters Y and R. But this didn't work because there were so many ambiguities, making it hard to get to the word you wanted. For example, the words ‘foot’ and ‘feet’ appeared together when pressing the same combination of buttons, along with many other words. “I used to have to go to the fifth screen of words just to get to ‘piano’,”Hanson explains.

The other issue with the first version was that users had to identify the first letter of each word, meaning two taps were required to get each word started. Hanson says this was lame for two letter words like ‘to’ or ‘be’.

For the next ten months, Hanson took the keyboard apart and rebuilt it. "I had to overcome a lot of personal fears to develop Modality 1.0 into Modality 2.0,"  he said. "But Modality 2.0 is, in fact, the very best that I can do."

His greatest inspiration in creating the new keyboard was to arrange the letters by shape. It was similar to a party game he used to play, but he again went through hundreds of letter arrangements to be sure it was the best.

When Modality 2.0  was complete, it had five buttons. But again, someone challenged Hanson to make it four buttons, and so he did.

“It's a four button typing system that has perhaps a limitless number of applications, but in the end is natural and comfortable."

While building the keyboard, he realize that it was the perfect size for a watch but could also work for tablets and screens as large as televisions.

In fact, he consistently hears from users of the Apple watch and Samsung watch that there is as better system for typing on those platforms. He also says that he's received encouraging feedback from people who don't want to or can't easily move their limbs or digits. Moreover, visionaries speak well of the keyboard and point out its benefits, “trailblazing the way for people who will eventually love Modality but don't know it yet."

One of the most rewarding parts for Hanson is interacting with customers.  He says the company is committed to reaching out, listening to its customers’ suggestions and personally thanking them for their support.  It is especially encouraging when a customer makes a suggestion that is in line with what Hanson and his team are  already thinking for a future update.  "It clearly indicates that we have begun to express our vision more clearly and that the customer can see that vision and wants to be a part of it."

Modality for four platforms  - iPhone/iPad, Android, Apple Watch and Samsung Watch - is available at joyfulmachines.com. For more information or support, email support@joyfulmachines.com.
Posted by Ability Online at 12:13 No comments: