The Power of Words by Sarah Evans 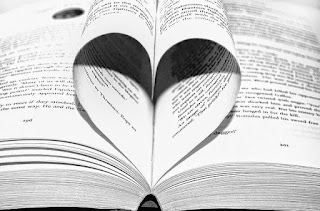 It's no secret that there are stereotypes everywhere when it comes to disability. This is something that I have knwon most of my life, but it still struck me in a bit of a new way last week. Growing up, I have always been an advocate for disability issues. It always made me cringe when I would see a news story on television or in the newspaper about kids with disabilities who had such difficult lives and once or twice a year got to do something amazing like go on the ice with their famous sports heroes. The news made it sound like it was the only fun or normal thing that the kids did all year.

I have sort of realized that writers of both fiction and nonfiction are gatekeepers of sorts. People don't only look to us to be entertained, but they look to us for information - even if they are just reading a good book. It is important that we get it right because we have more of an effect on the way that people view things, and other people, than we often realize.

Sarah Evans was born with cerebral palsy and has been a long time member of AbilityOnline.org. She mentors other members and openly shares her valuable experiences. Sarah is also an aspiring writer.

Posted by Ability Online at 10:05 No comments:

Fitting In: The Importance of Finding the Right Friends by Chris Viola 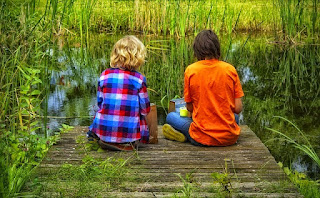 One thing that almost all people with a disability share is the difficulty of finding friends. Finding friends to avoid isolation is important to improve one's self-esteem, happiness and mental health. However, finding the 'wrong' friend can be as bad as having no friends at all.

Those who live with disability are often seen by others as being easy to take advantage of and are especially vulnerable if they appear to have something others may want, such as money. When low on friends, I’ve resorted at times to just being happy with ‘whoever spends any time with me,' which often leads to making poor choices. As someone with Asperger’s, I face many of these challenges, and have made poor choices myself in regards to friendship. Giving some examples, but without naming any names, I’ve had friends who would call me names or insult me on a regular basis, threaten to not be my friend if I didn’t do favours which I realise now were unreasonable, threaten violence against me, say they’re better than me, break commitments without telling me and avoid helping me even when I asked little things from them. Do these look familiar to you? Even if you’re lucky enough not to have experienced them, you likely recognize them as signs of bullying.

Luckily, I noticed these things later when I started making other friends, who would do nice things for me without even being asked. Whenever I said I couldn’t make a commitment, they would say it was ‘okay.' They’d say things that would boost my confidence, not lower it. I also noticed that many of these people were also the subject of bullying, and I began to think. Maybe, since they’ve been bullied so much as well, they knew what it was like, and would never dare do that to anyone else. I know after what I experienced that I was certainly in that mindset.

If you have any doubt about your friends, AbilityOnline offers two resources to its members. The first is called Friendship Builder that describes the qualities to look out for in fake friends. Another is Bully Bouncer that shows you how to deal with bullies. I encourage you to look at those resources to make sure that you are able to surround yourself friends who are good for you.

Posted by Ability Online at 08:37 No comments:

Just a Little Different: The Challenge of Not Fitting In by Chris Viola

Both primary and secondary school can be difficult for children. The two most common problems faced by children are social struggles, and keeping one’s grades up to par. Most children struggle with at least one for a period of time, but for a child with a disability, both of these challenges become enormously more difficult. 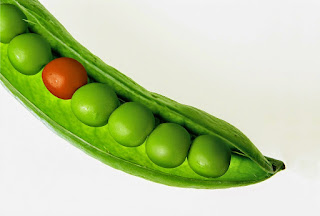 In school, almost all children try to fit in. A disability can leave a child feeling isolated. Whether a physical disability, or a cognitive one, many children living with disability or long term illness are unable to fit in, making them easy targets for bullies. As someone with Asperger’s Syndrome, myself, I felt like I was being bullied for no reason, but after my diagnosis and several years to think, it was clear that I was missing out on several ‘cues’, and stood out.

The problem was one of perception and knowledge: I didn’t understand what the ‘accepted’ or ‘popular’ behaviour was because I didn’t understand the ‘cues’, or ‘rules’ society makes. I didn’t understand the cues because I didn’t even know there were these ‘cues’ or ‘rules’. Although this struggle continues slightly to this day, (the concept of social cues makes it sound like me and the other person are rehearsing a play, not having a conversation, but that’s just me), it’s something I’ve gotten better at. Bullies noticed that I was ‘different’, and put me down for it. Many of these are problems because the other person in the conflict doesn’t realise there is a problem.


If you are being bullied or struggling at school, either academically or socially, there are many things you can do. AbilityOnline’s ‘Bully Busters’ gives much advice. Another thing you can do is talk to an adult that you trust, such as a parent or other relative. You can also speak to a teacher or other staff member at school. Although not everyone can help you directly, someone who really cares about you will at least give some advice, or perhaps refer you to someone they think can help.
If you would like the opportunity to connect with others who live with disability or long-term illness, please register for free at www.abilityonine.org. AblityOnline provides a safe, fully monitored online environment for kids and young adults of all abilities.

Posted by Ability Online at 07:15 No comments: