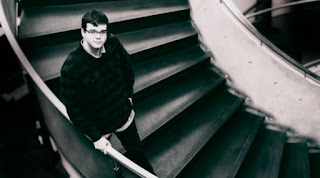 Andrew Greer, a recent graduate of the Media Studies program at the University of Guelph-Humber, said being able to translate the skills learned in the classroom seamlessly into the workplace during his internship boosted his confidence.

It also made him realize he was qualified to meet the demands of the competitive job market.

Greer received a job placement with Ability Online, a supportive online community for children, teens and young adults with disabilities or health challenges, with the help of U of GH’s Career and Placement Services. During his semester-long internship, Greer was able to handle several tasks: designing posters, creating content for the organization’s website and helping organize events.

“I was initially nervous going into the job,” said Greer, who specialized in digital communications. “But, when I started working, I felt I was prepared. Guelph-Humber gave me a broad range of skills that I could successfully apply in the real world.”
One of Greer’s major projects for Ability Online was creating a four-minute video, “Capable to Unstoppable” featuring Jess Silver, a fitness instructor and trailblazer with cerebral palsy.

The story of Jess Silver
In 2015, Silver founded Flex for Access, an organization whose mandate is to connect people with disabilities find trainers and accessible and integrated gyms.

“Ability Online has always focused on promoting the abilities of young people with disabilities; rather than focusing on what they can’t do,” said Michelle McClure, executive director, Ability Online. “What I liked most about working with Andrew on this project was his immediate comfort level around people with disabilities. He knew when to ask for clarification and when it came time to filming, he was professional and efficient. The video truly captured the spirit of the charity, celebrating the accomplishments of young people of all abilities.”

Greer credits the University of Guelph-Humber for equipping him all the necessary tools needed to hit the ground running during his internship.

“The work that Jess was doing ignited something in me and I realized she had a really fascinating story,” Greer said adding two of his classmates Jouison Coloma and Lucas Morris helped him with the filming portion. “The message I tried to convey in the video was, ‘yes, you can do this’…”
Posted by Ability Online at 05:08